Definition of The American’T Dream

*The American’t Dream is a satire on the “rags to riches” notion of the American Dream.

Everybody claims they want SUCCESS, but very few truly pursue it. Following on from the success (2 Million YouTube views) of “Why I Hate School But Love Education”. The American’t Dream addresses the distinctions between the principles of a job you make yourself do day in day out, and a career you love and are really passionate about.

As time goes by, we become more preoccupied with surviving as opposed to living. Many people are content with having a stable routine job (which doesn’t pose any risks to their way of living), rather than pursing their own creative ambitions. They frequently complain about detesting their job, but continuously put themselves in this unsatisfactory position, accepting this is all they’re worth.

Why do we spend our time struggling to work for other people, rather than build and achieve our own dreams?

What’s stopping us from finding out what our dreams are and chasing them?

In a society where the 9–5 job routine has now become the epitome of success for the average person. Is the possibility of a promotion or generic work achievements really what spurs them on in life?

Is it the fear of failure or the loss of stability, which leaves us trapped chasing this American’t Dream?

Back to the Blog

Use Story Telling to Amplify Your Brand

Use Story Telling to Amplify Your Brand In today’s context in which everyone is seeking for more engagement one of the biggest challenge for businesses is to ensure that their employees are engaged meaning they know, they feel, they remember and share your company’s...

You Need Brand Ambassadors, Now More than Ever

You Need Brand Ambassadors, Now More than Ever I read a lot about marketing and I can’t stop noticing how much brand ambassador strategies are going mainstream. more and more companies become eager to make use of the power of referrals They see it as a way to possibly...

Your Personal Branding Starts with A Simple Vision

Your Personal Branding Starts with A Simple Vision Why don’t you need to sell anything to be in business and have an impact You just need the vision and the idea…. I get asked a lot: Hey Laurent, what do you actually sell, what is your product, what is your solution…...

Starting with my own revolution, I left my young and early corporate career at the age of 25 in the view of finding my life purpose – a purpose that would enable me to find meaning, fulfilment and happiness in my daily life.

Sorry, there was no activity found. 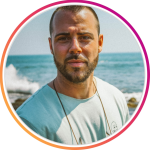 Please confirm you want to block this member.

You will no longer be able to:

Please note: This action will also remove this member from your connections and send a report to the site admin. Please allow a few minutes for this process to complete.

%d bloggers like this:
We use cookies to ensure that we give you the best experience on our website. If you continue to use this site we will assume that you are happy with it.Ok